The ability to give and receive feedback—both positive and negative—is critical to workplace success. Yet the 2019 People Management Report found that providing feedback is one of the top five manager weaknesses. 360 evaluations are one method of collecting feedback from multiple stakeholders then sharing that feedback with the employee being reviewed.

Collecting feedback from team members across the company can shed light on differing perceptions about one employee. For example, a manager might think their direct report is a superstar, while leaders in other departments disagree. This insight is critical when it comes to initiatives like career pathing.

Unfortunately, companies kneecap themselves and their employees when they roll out clumsy review policies. And when soliciting anonymous feedback from a large group of people, there’s a chance that comments turn crude.

Get the most out of your feedback processes. Here’s what you need you need to know to avoid 360-degree review fails:

A 360 evaluation is a system for measuring employee performance based on feedback from multiple people across a company. Generally, those people include:

Select reviewers who have worked directly with the person being evaluated. This helps to avoid superficial, half-baked opinions. The right amount of reviewers? About eight.

By compiling performance feedback from employees at different tiers and in different departments, companies gain 360-degree visibility into performance, perception, and proficiency. In terms of benefits for the person being reviewed, 360 evaluations are a development tool and a way to build employee self-awareness.

How are 360 evaluations structured?

360 evaluations vary in their administration. They can be customized to the needs of each specific organization. These assessments can be in the form of a simple two-question, open-response survey. Or they can be a comprehensive questionnaire that requires rating staff members on a numerical scale.

The best 360 degree feedback evals ask participants to rate the individual according to job-related skills, leadership competency, and how well they exhibit company core values. You want to present the employee with a holistic look at how they’re performing.

What are the benefits of 360 evaluations?

There are distinct benefits for employees, managers, and the company.

Employees: Employees benefit from knowing their review isn’t siloed to a conversation between just them and their boss. (This is especially helpful for employees who don’t get along well with their direct manager.) Employees can also pick up on thematic feedback and quickly understand where they may need to improve.

Managers: Managers are alerted to issues they might not have known (e.g., an employee who’s friendly when their boss is around but standoffish otherwise). 360 feedback also gives the manager a starting point for where to focus their coaching conversations and development efforts.

Company: The company benefits from a bump in engagement and productivity. The 2019 Employee Engagement Report found that building a culture of feedback and investing in employee development are both top influencers of employee engagement. The more engaged your people are, the more productive they are. In this way, 360 evaluations are a lever you can pull to create a more productive workforce. And that means logo acquisition, increased revenue, quality of delivery—or any other goal attainment.

The employees have spoken.

Find out why some employees go above and beyond (and why others quit).

How to do 360 evaluations right

First and foremost, separate 360s and compensation adjustments. When you take compensation off the table, your employees are more likely to absorb the feedback they’re given—and take action on it. When feedback is tied to whether or not someone is getting a raise, they’re more likely to feel defensive or deny what others said.

Second, view the 360 evaluation document as a rubric for growth. Don’t make the mistake of conducting a 360 once a year and neglecting the document after. Managers should revisit the document with their direct reports on an ongoing basis. The best way to deliver amazing results at scale is by instilling leadership at every level. This can only be done through consistent, timely, specific, and authentic feedback to help your people grow and be at their best.

With these key points in mind, let’s take a quick look at how to approach 360 evaluations for maximum results:

Even executives need to receive feedback.

Use 360 evaluations to evaluate everyone—executives included. Senior leaders should be reviewed by people at all levels of the company, as “trust in the leadership team” is a top driver of engagement.

Don’t shield senior leaders from honest feedback or recommendations for improvement. In fact, their performance and advancement are tied more closely to the bottom line than, say, an entry-level worker. Their decisions, plans, and mistakes have the potential to lead to big rewards or colossal financial consequences. Besides, the more the senior leadership team can talk about their self-improvement journeys openly and honestly, the more likely others across the company will follow suit.

What not to do

As mentioned, 360 evaluations are only as effective as their design and administration.

Be on the lookout for these errors:

360 evaluations as part of talent optimization

A more recent best practice that companies are experimenting with is using 360 evaluations as a method of talent optimization, especially in terms of succession planning and leadership development.

360 evaluations are a form of data capture. Documenting certain trendlines and patterns resulting from these assessments can provide:

This insight is particularly important through the prism of top performers and existing team leads. To build bench strength, you need to develop high performers so that they’re ready to fill in should a vacancy arise.

Let’s say the senior team felt a director could step up to a VP role, but a 360 evaluation revealed that the person doesn’t inspire trust from individual contributors. That’s a major problem that needs to be corrected prior to a promotion.

Some employees have no desire to manage others. That shouldn’t reflect poorly on them in their evaluation, nor should it mean they have little long-term utility at your organization. These employees should still be developed, cross-trained, and invested in, as they contribute every day of the week in meaningful ways.

How can you inspire your employees to go from good to great?

Transform your performance management program and empower your employees to achieve their goals.

Try this: Develop a culture of feedback.

Building a culture of feedback before conducting reviews can make their implementation and outcome more positive and productive for all involved.

While 360 evaluations are normally anonymous affairs, they don’t have to be. If your organization is open and honest with its goals, expectations, and employees, there’s no reason staff should refrain from offering helpful commentary, provided that’s the standard your company sets from the get-go. Encourage everyone to give and ask for feedback. Leaders should model this.

“Hi [employee name], this is [reviewer name], and I think you do a great job at X. One area of improvement to explore could be Y.”

Another way to ensure 360 evaluations work for your company? Think more broadly about what type of company you want to run: one with secret reviews, or one that organically prompts feedback at all levels of the company.

Over time, as the expectation of transparency, rapport, and constructive communication is set, employees will feel comfortable receiving and giving feedback—up, down, and across. 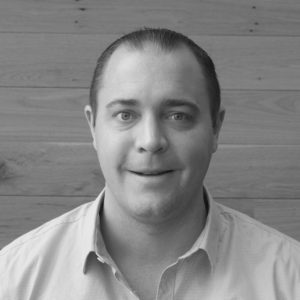 Brian is the VP of product at PI. He flew satellites in college while earning his aerospace engineering degree!