If you’re like a lot of organizations, you’ve been having pivotal conversations about your culture. You’re self-assessing, asking tough questions like: Are we inclusive? Does our business support and promote a diverse range of perspectives? Are we part of the problem, or the solution?

If your business is making an honest effort to tackle heavy questions, you’re taking an important first step. It’s not easy to admit you have work to do on the DEI front. At PI, we know we have work to do, too.

Taking real inventory is a precursor to progress, and in a way, there’s never been a more important time to build this foundation. As PI Certified Partner and Diversity & Inclusion Architect Nicole Smart said during a recent round table discussion: “We’re fighting two pandemics, and it’s time to move forward and start taking action.”

COVID-19 and social distancing mandates have forced every business to reexamine its operations. Enabling a remote workforce will be a matter of viability moving forward. Fostering a diverse and inclusive workforce should be similarly non-negotiable.

To build the house from the ground up, companies need to:

The house won’t go up overnight. There’s much more to it than simply creating an initiative or checking off a few boxes. But let’s walk through the priorities for laying the foundation:

There’s an emphasis on action and commitment right now, and it’s not hard to see why. People have been expressing their concerns about diversity in the workplace (or a lack thereof) for a while. Many people feel as if talking hasn’t gotten us anywhere, and they’re tired, frustrated, and downright angry.

But in order to establish a direction for your business, you first need to know where people stand. Engaging in real conversation around diversity and inclusion, difficult as it may be, is a matter of trust. Maybe that trust never existed, or maybe it’s been eroded over the years because certain initiatives have fallen flat.

Whatever the history, your org can establish or regain some of that trust by encouraging everyone to share different experiences and perspectives. In particular, you need to create a safe place for anyone who has been marginalized or discriminated against.

This won’t be easy, but you have momentum. The current environment feels different. The killing of George Floyd and the social justice movement that has followed are reinvigorating many people who previously went unheard in the workplace.

“Open discussions are happening with less fear of retaliation or retribution,” Smart noted. “A lot of people are feeling empowered, whether in the workplace or on social media. They’re sharing their experiences and feeling supported in doing so.”

Seize on that momentum by actively listening to your people. Hear their stories, take their suggestions, and, maybe most importantly, advocate for them. Particularly if you’ve benefited from the status quo, perhaps the best thing you can do upfront to promote a diverse and inclusive culture is acknowledge that truth.

There’s no shortage of data to support the notion that when you have a diverse workplace, you improve productivity, morale, revenue, engagement, and many other things. There are especially strong correlations between gender diversity among executive leadership and profitability.

This might seem like C-suite data, but really, it pertains to everyone. One of the best ways to remove biases in the workplace is by presenting research that refutes them.

If you’re trying to start DEI conversations internally and it feels like pulling teeth, start smaller. You don’t have to ask people to read 5,000-word reports about the corporate bottom line to get discussions flowing. Smaller, bite-size chunks go a long way. Even if employees commit to reading just one piece per week, that can do a lot for their understanding of other experiences.

Try posting in a Slack channel so people can consume content passively. Or direct them to a more comprehensive repository that supports education and allyship. You might be surprised what comes back when people have the opportunity to learn at their own pace, without feeling pressured or overwhelmed.

Everyone will have a different comfort level. That goes for Black employees being unfairly asked to serve as the “voice” of marginalized staff, as well as white employees unpacking their privilege for the first time. Some people might want to write down their feelings and thoughts rather than sharing them in person. Consider your employees’ behavioral drives, along with their experiences and perspectives. Make sure HR is an available avenue. Offer options for less extraverted team members that go beyond the group discussion and allow for introspection.

You’ll gain broader input and buy-in by providing a wider variety of resources. In doing so, you’re providing starting points for all team members, regardless of behavioral styles, and promoting healthy education and discussion.

These priorities go hand in hand. You can recognize that certain processes need refinement, but without buy-in from leadership, any effort to change them will stall.

Marcus Wilson, PI Certified Partner and Co-Founder of NOBULL, emphasized during a DEI round table the need to “get buy-in upward.”

“There are a lot of people who are really uncomfortable right now,” Wilson said. “They want to be helpful and improve things, but they’re also afraid. They’re afraid of saying the wrong thing or coming off insensitive.”

As Smart noted, that fear may be rooted in a common disconnect: Leadership often doesn’t understand what diversity entails.

“Diversity isn’t just about race,” Smart said. “And there’s a misconception that it’s all about hiring. It’s more about understanding and celebrating the differences within a workplace.”

Those misconceptions have helped perpetuate a level of hopelessness over the years. Too often, people have been led to believe change isn’t going anywhere because those in leadership simply didn’t get it.

“In order to address any problem, you have to first acknowledge there is a problem,” Wilson said. “If you don’t, you’re denying my experience as a Black man.”

The best-oiled, talent optimized companies already have HR or People Ops reps at the executive table. But securing buy-in isn’t all on them, even if it appears they have the most immediate capacity to impose change. A lot of companies will want to address their DEI shortcomings through hiring. And with an emphasis on behavioral and job fit, it’s true; you can reduce bias in the hiring process. But you also need to look at who’s involved in that process.

Is there one person who’s continually in charge of hiring? Are they asking the same questions?

Encourage leadership to form new coalitions, scale out interview and diversity training, or have one person from outside the department involved in any hiring or promotion process.

You can’t build the roof first. Hiring a POC to join the executive team may seem like a noble move, but ask yourself: Do we also have the right culture in place?

Commit to a long-term cultural investment.

There’s a big difference between intent and impact. A lot of organizations have the former, but it’s the latter that matters over the long haul.

For many companies, lasting impact will require a cultural transformation. Leaders may define the company culture, but everyone else defines the subculture. Encourage everyone to be leaders others want to follow. Lead with self-awareness, and clear goals in mind. This is where a culture of leadership at all levels can shine.

It’s also OK if, to achieve that clarity of purpose, you don’t act immediately.

“Some companies iterate and innovate more quickly than others,” Wilson noted. “The same is true here as far as action. One is not better than the other. Ask ‘What is the goal as a company?’”

When a CEO comes to the conclusion that their goal includes leading not based on race, creed, or any other qualifier, but on the highest possible good, that will have a trickle-down effect. And the entire organization will realize that in order to maximize their impact, diversity is mandatory.

Changes that promote a long-term impact take many forms. You can start with little things, like:

It also means thinking about the difference between initiatives and partnerships. An initiative has a start and end date. A partnership that promotes diversity, equity, and inclusion throughout your organization never stops.

Many leaders are being challenged now like never before. They’re being asked to commit to 10- or 20-year partnerships, on top of donations to racial justice causes, all while revisiting the very messaging that made their companies what they are.

You don’t have to know all the answers right now. But it’s important to understand that the best momentum will emerge from within. Rather than settling on some token involvement, engage your people. Consider every possible perspective, and don’t rush to determine your commitment if it comes at the cost of long-term impact.

If you’re laying the DEI groundwork, the business dividends will show up later. We have the data in hand to feel confident of that—there are just more people listening now. 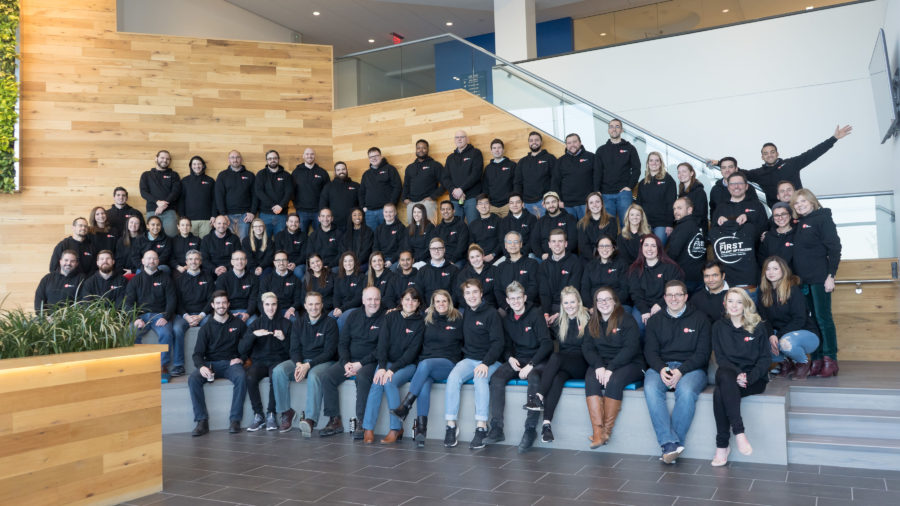 5 diversity and inclusion quotes for the workplace 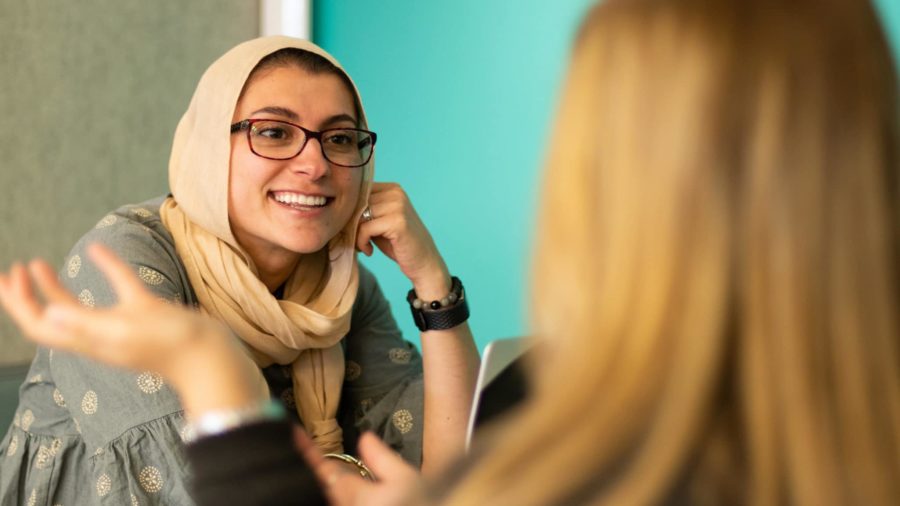 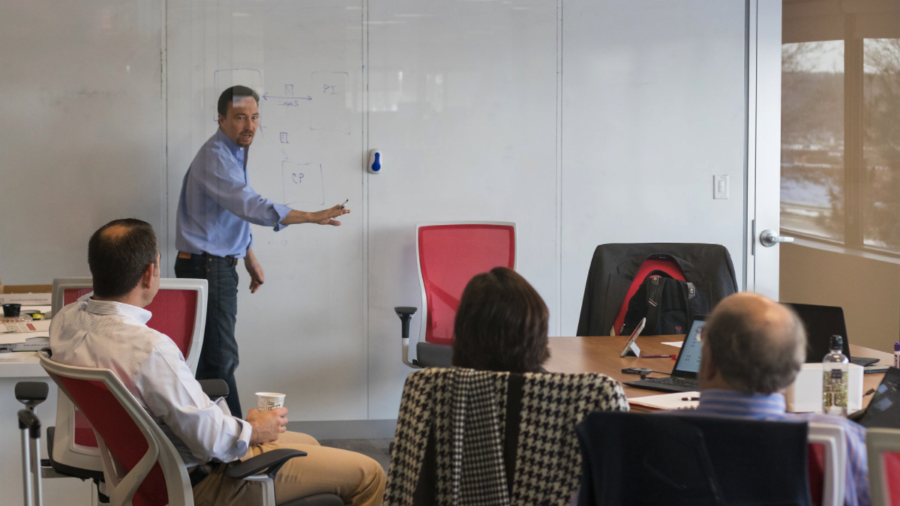