What’s one thing all micromanagers have in common?

They don’t trust their people, and as we know, trust is at the core of any high-performing team.

Particularly in industries like tech, where autonomous work is essential to efficiency, micromanagement can be a morale killer. The best managers are adept at delegating work to highly engaged employees. They don’t hover, and they know that there’s a delicate balance when it comes to measuring and monitoring performance. Rather than instilling fear, they empower people, bringing out their natural leadership traits.

Of course, companies can’t expect first-time managers to know all this intuitively. And even more experienced people managers can fall into bad habits. If you want to stop micromanaging at various levels of a business, you need to be deliberate in deciding how to change organizational culture. For HR and other members of the leadership team, that means:

Recognizing the signs of a micromanager

Team members’ actions are often the most telling. These employees bear the weight of micromanagement, whereas the person micromanaging them may be oblivious to the effects.

Are people mostly concerned with pleasing their manager? Are they hyper-focused on providing updates? Is that concern trickling down or filtering throughout the rest of the team?

If people are acting in the interest of satisfying their managers first, and the company second, that’s generally not a good sign. They’re probably being micromanaged on some level. And the more people you have acting this way on a given team, the less efficient that team becomes. That’s where one person’s micromanaging style can derail an entire operation.

People who are being micromanaged will also:

Obviously, these are worrisome trends. There’s also evidence suggesting that micromanaging fully remote teams is even more damaging because it is invariably intrusive.There’s no better way to erode trust in your teams than by monitoring their every move, treating them like middle schoolers on a field trip.

Poor manager fit is one of the four forces of employee disengagement, so it’s no wonder a micromanager will often drive their people into a shell. The good news is that the habits of micromanagers aren’t unbreakable.

It’s one thing to walk an employee through a task before they tackle it themselves for the first time. It’s quite another to look over their shoulder (or shared screen) as they conduct their work.

Terry McDougall, a PI certified partner, executive coach and author of Winning the Game of Work: Career Happiness and Success on Your own Terms, says if your managers don’t show trust in their people, you need to be dig into the ‘why’:

“Has your staff shown any evidence of not being trustworthy? If so, why do you continue to employ them? If not, what is behind this lack of trust? People can usually sense when someone doesn’t trust them, and that can often be a self-fulfilling prophecy, resulting in lower employee morale and motivation. You may be unconsciously causing a negative situation by bringing doubt into the relationship with your team.”

Good leaders know that there’s a fine line between helpful instruction, delegation, and being overbearing. They empower their people to feel as if they can take a project and run with it. They also foster a sense of security so that employees feel comfortable coming back to them with questions as needed.

A micromanager, meanwhile, might not give them the chance to make mistakes. Instead, they grab the reins back and stifle an employee’s confidence by saying, “I’ll handle it myself.” Finding that sweet spot isn’t easy, but it’s essential to teams that hum along in harmony. A culture that promotes leadership throughout the business will encourage managers to ask questions like:

Good managers also understand that people learn in different ways. Their behavioral drives dictate the manner in which they absorb information. So where one employee may be a visual learner who only needs to be shown something once, others might prefer written directions they can refer back to as needed. Understanding these drives also helps managers know what to delegate to whom.

Encouraging initiative within the big picture

Maybe the most damaging element of micromanagement is that, when rampant or continuous, it derails productivity. Well-managed teams are clear on the work to be done, and understand how every task they take on maps to broader company goals.

The best teams operate with a healthy mix of delegation and initiative. Managers will hand off tasks that aid in achieving the company’s big picture goals. At the same time, employees feel empowered to bring ideas to the table without fear of being shot down or scolded. Their managers trust their decision-making and encourage their ingenuity. They don’t see ambition as a threat to their leadership or authority. They may check in to ensure priorities stay in order—that any new initiative still ties to the overarching mission—but they don’t fear letting go.

This can be a particularly effective strategy for inspiring confidence in new employees. New hires might tread lightly initially, uncertain of the overall management style. By giving them the confidence to try something new in addition to their core deliverables, you help them feel like they’re contributing to the team’s work on an even greater level.

Employee tenure has been on the decline since the Great Recession, and there’s ample evidence to suggest that the period between three and six months after onboarding is pivotal. People are less likely to develop long-term loyalty if they’re being managed by a control freak.

Listen to the answers, and then be prepared to act on them.

On average, senior leaders spend more than 60% of their time addressing people problems. Overwhelmingly, these issues tie back to the four drivers of disengagement. You can’t wave a magic wand to correct a bad manager fit, but mediocre managers can improve by actively working against their micromanaging tendencies. It starts at the organizational level.

Maybe that means discovering certain people aren’t being utilized as effectively as they could be. Training managers to ask open-ended, development-oriented questions equips them with tools to help optimize the talent around them. In the end, talent optimized companies experience 64% less employee turnover.

Moreover, these companies are in a better position to withstand losses when they do happen. They have versatile team members who can wear multiple hats and stand in for their peers when needed. And they have managers who empower them to do so, playing off their strongest drives and delegating work according to their preferences and tendencies.

It’s not an overnight process, by any means. Team work styles are complex, and they can shift dramatically when the headcount increases or decreases even by just one. Good managers don’t just fill holes; they recognize where gaps exist and align their teams accordingly. And they do all this while making sure everyone remembers the priorities driving the engine.

When a company makes a cultural commitment to nip micromanagement in the bud, it’s grooming leaders at every level. Even if those future leaders may not know it quite yet.

Learn more about how to inspire high functioning teams.

Steve is the brand manager at PI. He successfully avoided art school but fell into design anyway. 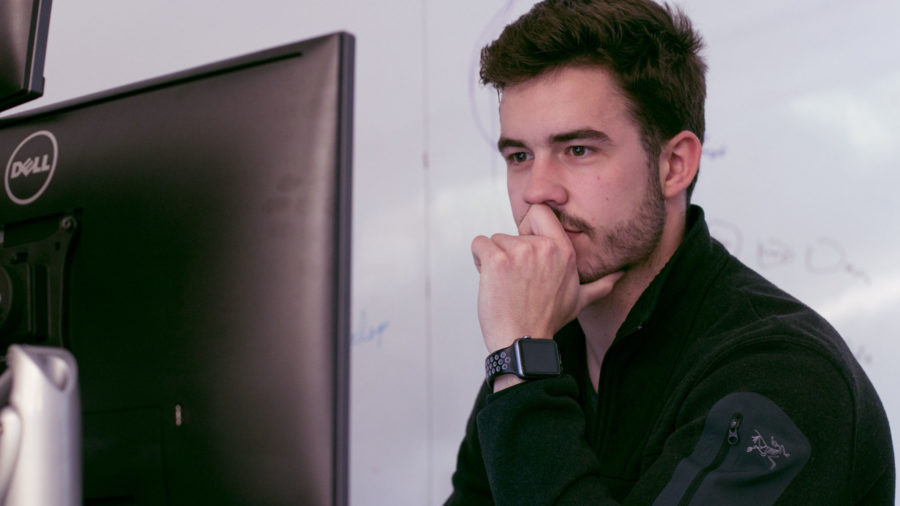 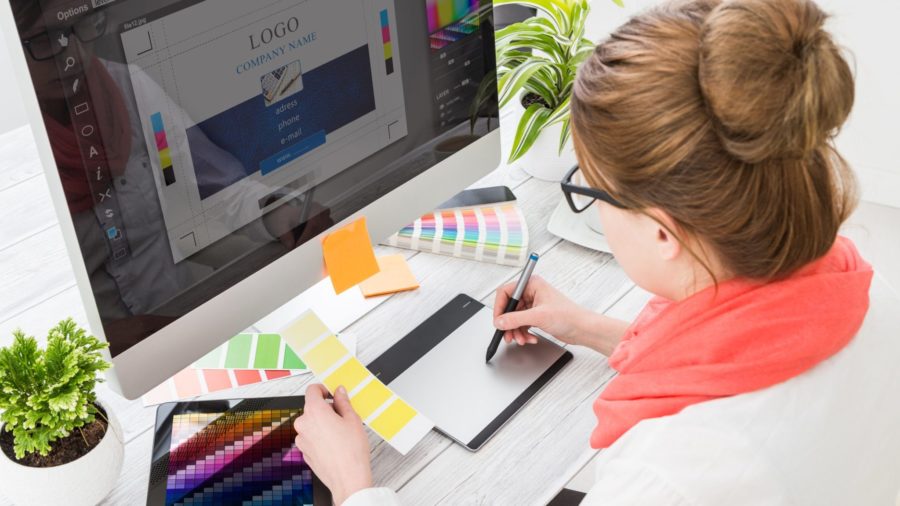 3 tips to optimize your creative talent 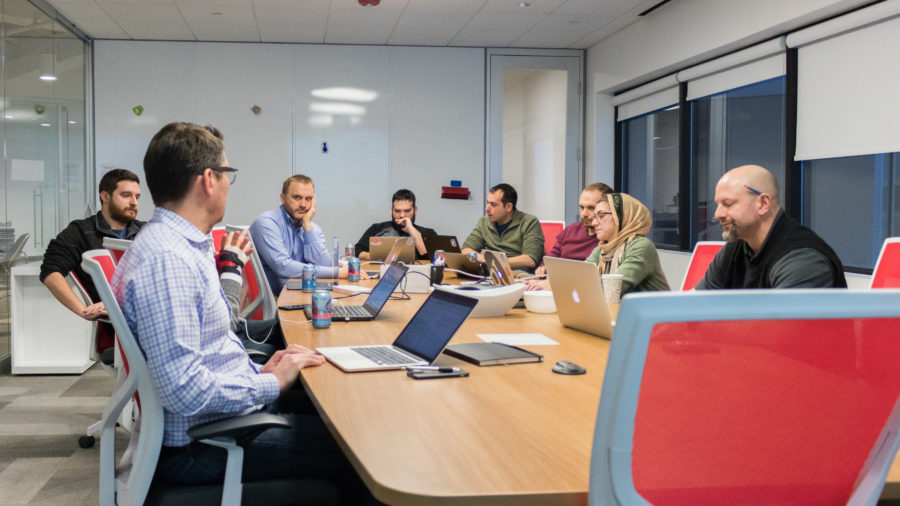